Acrobatic Apparel, depending on the level you preform, outfits will be chosen in different price ranges. 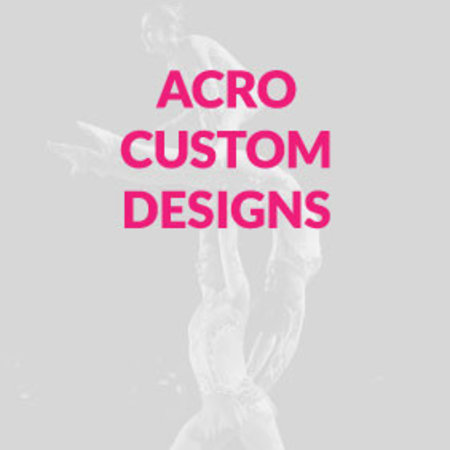 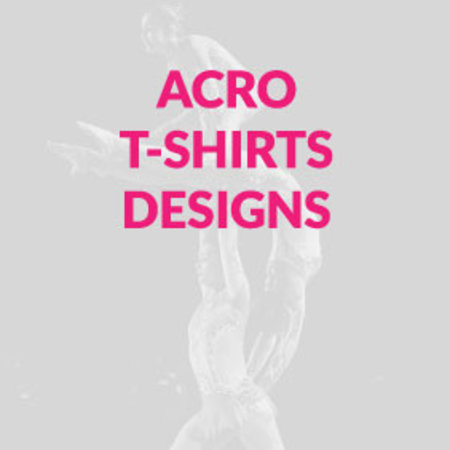 We have different ACRO t-shirts in various colors and prints. Find your favorite ACRO T-shirt at CEK Gymnastics! 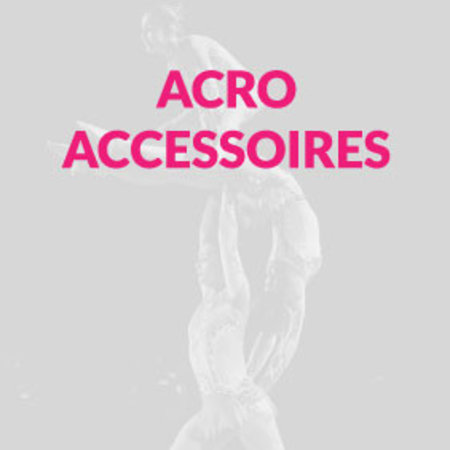 You do not only need a great own design ACRO leotard, but also leotard glue, sports tape. Or wait, did you thought of hairwigs with rhinestones or rhinestones in your hair. Do you want to put your own hotfix stones on your leotard? It's possible! 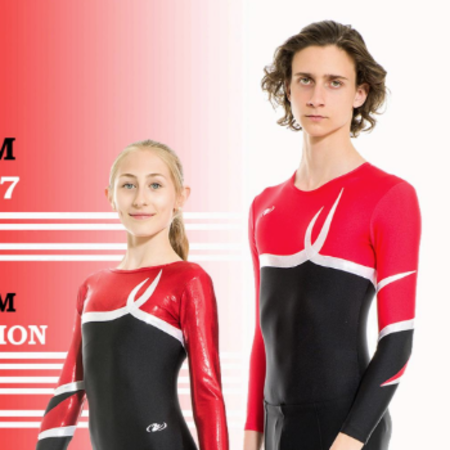 Acrobatic gymnastics (previously called sport acrobatics) is a competitive gymnastic discipline where partnerships of gymnasts work together and perform figures consisting of acrobatic moves, dance and tumbling, set to music. There are three types of routines; a 'balance' routine where the focus is on strength, poise and flexibility; a 'dynamic' routine which includes throws, somersaults and catches, and (at FIG level 6 and above) a 'combined' routine which includes elements from both balance and dynamic.

The sport is governed by the International Federation of Gymnastics (FIG). At international level, there are four FIG categories of competition defined by age; 11-16, 12-18, 13-19, and 15+ (Senior).

Acrobatic gymnasts perform in pairs or groups and enter into and are judged at a specific level or age group category. In each partnership, the gymnasts' different sizes and abilities will be balanced to complement each other in order to carry out the complex moves. Some will mainly carry out supporting and pitching roles, and are known as bases. They are then balanced with smaller gymnasts who become the 'tops'. The different partnerships seen in competition are:

In competition, partnerships perform a routine to music, that has usually been choreographed specifically for them. The gymnasts carry out their acrobatic moves and combine them with dance, all in time to and in keeping with the style of the music. Partnerships are judged on artistry, difficulty of skill and the execution of skills.

The rules for the sport, known as the Code of Points, are governed by the Fédération Internationale de Gymnastique. These rules are subject to change every four years in line with the Olympic cycle, as in other disciplines of gymnastics.

Routines are required at a competition depends on the level at which the gymnasts are competing. At the junior and senior levels, all three routines are required, whereas at lower age levels, a single simpler routine is required. Each of the routine types has a different emphasis, but all include tumbling and dance as elements. The different routine types are as follows:

Acrobatic Apparel, depending on the level you preform, outfits will be chosen in different price ranges. It can be an existing design or an existing design in own colors that can be build to an acrobatic leotard. See our special order collections. Do you want be unique, then chose for a custom design acrobatics leotard. This leotard will be specially made and will be a complete unique design. Take look at our Custom Designs.